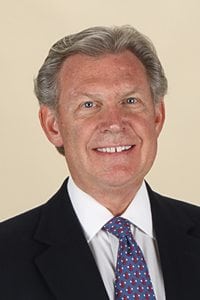 TERRY TIERNEY
Chairman, Board of Directors

Terry has been a proud member of The NCC since June 2007 singing in the Baritone section. Terry returned to singing in 1992 when he was a member of the Portland (Maine) Symphony Choral Group, sang in the Little Rock (Arkansas) Catholic Cathedral Choir and since 1997 with the Hagerstown (Maryland) Choral Arts.

He and his wife, Kathy, of 38 years are proud parents of 5 children and 4 grandchildren. They are active members for the St. Ann Catholic Church in Hagerstown.

Terry is President of a 41-store footwear chain known as Super Shoes. He started out in the shoe business in Cincinnati, OH, selling shoes part time as a college student. Terry served in Wiesbaden, Germany, as an officer in the U.S. Army. Terry holds a Business Management degree from the University of Cincinnati.

“I have received so much by being a member of this wonderful organization. Serving on the Board of Directors is one way I can give back!” 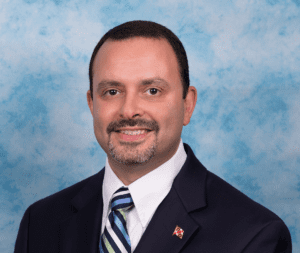 Dave Menendez has been a member of the choir for more than 17 years, singing in the Baritone section. He has served in several leadership capacities: creating the Choir Facebook page, serving as the president, vice president, on the Choir Council, and as a shepherd.

He and his wife Beth have three children and are active members of the Wesley Freedom United Methodist Church in Sykesville, Maryland.

Dave has been a Software Engineer for 20 years, supporting several customers in a wide variety of domains including aerospace, Department of Defense, finance, and pharmaceutical. Dave holds a B.S in Computer Information Systems from Olivet Nazarene University.

SANDY DAY
Secretary, Board of Directors

Sandy Day is a retired middle school counselor who lives in Mt. Airy, Maryland. She has been a singer in the National Christian Choir since June, 1999, and also sings in the ensemble, “NCC’s 2nd Edition.” She currently chairs Sponsorships for the Golf Tournament Committee, and in addition has helped with public relations and with alternate Choir performance wear. She has previously served as Secretary on the NCC Board of Directors for several terms.

Sandy served on the Boards of both the Alumni Association and the Foundation at Frostburg State University for many years until recently. In addition, Sandy has been a member of the Montgomery United Methodist Church in Damascus, Maryland, for more than 40 years, where she sings in the Chancel Choir and belongs to the Heritage Circle. She has served in several positions of leadership on various church committees.

As a member of Alpha Xi Delta National Women’s Fraternity, Sandy has remained an active alumna and volunteered for a number of years as a leader on several levels to support collegiate women. She regularly attends the National Conventions of Alpha Xi Delta and participates in activities with Autism Speaks, a national partner with the sorority.

Being a native Marylander, Sandy enjoys visiting both the seashore and the mountains of Maryland and has traveled to Europe, Canada, the Caribbean and much of the United States.

Sandy continues to be amazed that she is part of such a meaningful ministry, with so many wonderful Christians. Her wish has always been for the Choir to sing in every state, and she hopes to be a part of expanding the Choir’s Psalm 95 radio ministry. 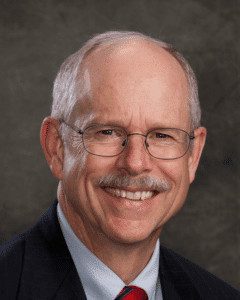 JOHN DALLAVALE
Treasurer, Board of Directors

John and his wife Kay have one child and three very active granddaughters. John and Kay are active members of The Frederick Church of the Brethren in Frederick, Maryland.

John is the founder of Dallavalle Financial in Frederick, Maryland, with more than 30 years of financial services experience. He is a Certified Public Accountant, Chartered Life Underwriter, and Chartered Financial Consultant. John holds a B.S. in Accounting from the University of Maryland. 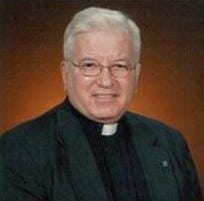 John W. Cushwa was born and raised in Berkeley County, WV. He grew up on a dairy farm west of Martinsburg. After graduating from Shepherd College with a B.A. degree in Secondary Education, he taught for one year in Pendleton County, WV.

In August of 1970 he married his wife Jeanie, who is now retired from teaching. In 1971 he returned to Berkeley County to become the band director at Hedgesville High School. After teaching for several years, John resigned to return to manage the family farm and orchard.

In 1982 he purchased the Martinsburg Printing Company, which he operated until 2002 when he sold the business and entered Wesley Theological Seminary as a full-time student in Washington, D. C. from which he graduated with a degree of Master of Divinity in May of 2005.

In March of 2006 he was called to the historic Falling Waters Presbyterian Church, where he served as pastor retiring in September of 2013. In May of 2008 he was awarded an Honorary Doctor of Divinity Degree.

John continues to preach several times a month and is currently serving on several Shenandoah Presbytery committees and is a Commissioner to the Synod of the Mid-Atlantic of the Presbyterian Church (USA). John and Jeanie are the parents of three sons and seven grandchildren. 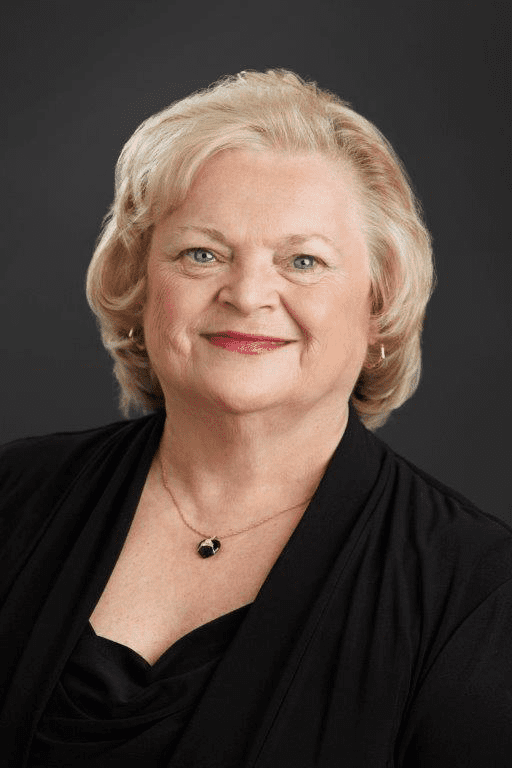 LINDA ROWE
Member, Board of Directors

Linda Rowe has been a member of the choir for more than 25 years, singing in the Soprano I section. In addition, she has faithfully served as the choir music librarian for 22 years.

She and her husband Bill have been members of the Redland Baptist Church for 37 years, where she serves in the office and on a variety of supportive committees.

In addition to her work with the music library, Linda has shared her organizational skills with the National Christian Choir in a number of other capacities: volunteering in the office, coordinating fundraising events, and assisting with marketing and press releases. 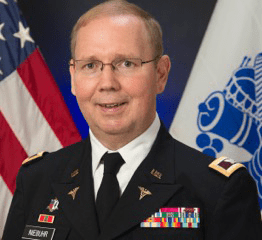 David Niebuhr is a physician and educator, serving as the Medical Officer for Evidence and Practice Improvement in the Agency for Healthcare Research and Quality, Department of Health and Human Services. David and his wife Stacey have three daughters and four grandchildren.

David and Stacey attend L3 Church of Maryland in Germantown, where David serves as a Church Trustee and Small Group Leader.

David’s wife Stacey has been a member of the choir since 2010, singing in the Alto I section. 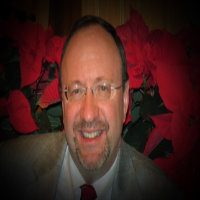 BRYAN WILES
Member, Board of Directors

Bryan Wiles has been a member of the choir since 2013 as part of the 2nd Tenor section and as an instrumentalist playing the Synthophone (saxophone). His mother’s deep love for music sparked the passion in Bryan early in life. As his skill with the sax grew, he became involved with Jazz Ensemble, where he learned the chord progressions and odd meters of the jazz charts.

For many years after high school, he returned to volunteer in preparing the singers for their all-school musical productions. He was even recruited to direct the pit band when the school’s band director suffered a health emergency.

Bryan developed as a singer in church, teaming with his twin sister for duets and singing with various church and community choirs. He soon transitioned to choir director/worship leader and has served several congregations in that capacity.

Bryan and his wife, Cathy (NCC 2nd Soprano), live in Smithsburg, MD and are members of Antrim BIC in Chambersburg, Pennsylvania.

Bryan currently serves as IT network administrator for AC&T in Hagerstown, MD. His background includes time spent as vice-president of a local bank, vp/controller of an auto dealership, custom programmer/integrator for a software development company, system integrator for a non-profit retirement community, and as a web site developer.

Throughout the years he has volunteered with the local fire & rescue companies as an active firefighter and EMT. He has also served as President and Treasurer of the Smithsburg fire department for many years.